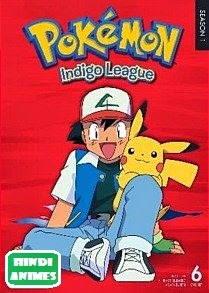 Ash Ketchum is now 10 years old and is able to start on a new journey as a Pokémon trainer. The night before Ash has to go meet Prof. Oak he has a dream and breaks his alarm. The next day he oversleeps, which causes him to miss his chance at getting one of the three Kanto starter Pokémon: Charmander, Bulbasaur or Squirtle. However, Professor Oak has one last Pokémon at his lab, a Pikachu. At first Pikachu does not get along with Ash, but in the first episode Ash saves Pikachu from a crew of evil Spearows and they become best friends, developing a special bond. On the way Ash meets Misty, the Cerulean City Gym Leader who loves water Pokémon and wants to join him until he pays her for her bike which was accidentally destroyed by Pikachu, and Brock, the Pewter City Gym Leader who wants to join Ash on his journey so he can become the greatest Pokémon breeder. Ash catches and makes friends with many Pokémon, which sets him up for a great adventure. However, through his journey he has to deal with the Team Rocket trio of Jessie, James, and Meowth, and his childhood rival, Gary Oak, Professor Oak's grandson, who also is a Pokémon Trainer, who got a Pokémon before Ash, and always seems two steps ahead of him. After obtaining all 8 Kanto Gym Badges needed to compete in the Pokémon League at Indigo Plateau, Ash is finally ready to compete in the renowned Pokémon League! Misty and Brock support him through everything he does. Misty hopes for money for the bike Pikachu wrecked.