Pokémon: Adventures on the Orange Islands 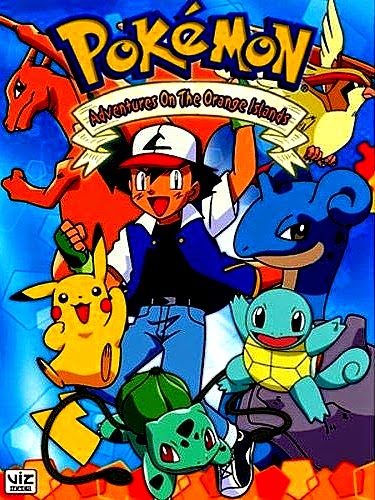 The division between series of Pokémon is based on the English version openings of each episode, and may not reflect the actual production season. The English episode numbers are based on their first airing in the United States either in syndication, on the Cartoon Network. (Other English-speaking nations largely followed either this order or the Japanese order.) Subsequent airings of the English version follow the original Japanese order, except in the case of episodes which are no longer shown in English. The episodes that make up this portion of the series in Japan were subtitled Orange Islands Chapter (オレンジ諸島編 Orenji Shotō Hen?). This series aired first-run episodes in Japan from February 4, 1999, to October 7, 1999. In the United States, it aired from December 4, 1999, to October 14, 2000. In 2007, starting from the episode The Pokémon Water War, Pokémon started airing on Toonami Jetstream(incorrectly counted as Pokémon: The Johto Journeys episodes; however, they are technically part of season 3). In this season, Ash captures a Lapras and a Snorlax. The Lapras is then released. "Pikachu's Jukebox" made its return for this season.

11:08
Pokemon Adventures on the Orange Islands