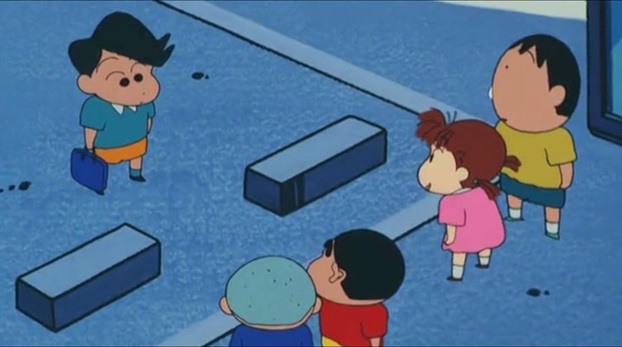 Action Kamen's 'Action stone' has been robbed by Leotard Devil (Higure Rakshas called in India). Without the Action stone, he can't go to his world. So he chooses Shinchan and his family to get back his stone through the action card numbered 99 (the most precious card in the whole set of choco chips.) According to the plan of Action Kamen and Ririko, they make Shinchan's family to move to a beach so they can make them travel to the Parallel world so they could help them to defeat the leotard devil (Higure Rakshas in India). 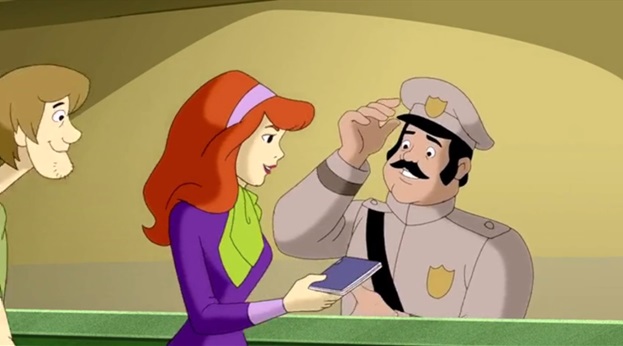 Scooby-Doo and the Monster of Mexico

Fred's pen-pal Alejo Otero, who lives in Veracruz, Mexico, invites Fred and the rest of the gang to visit him and his family there. Fred and the rest of the gang talk about it until they decide to go. However, after Alejo sent the invitation to Fred, a Bigfoot monster started to terrorize the population of Veracruz. Both Alejo and his young son, Jorge see the Bigfoot monster, and the locals start calling it El Chupacabra. 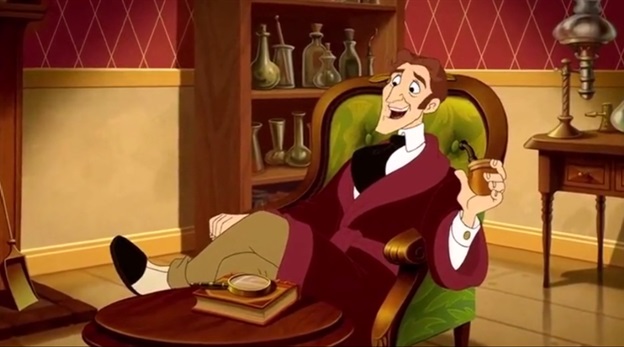 In London, an unseen criminal begins masterminding his "perfect plot on paper" which starts with a robbery taking place and three cats stealing a pink diamond. Three constables spot them and give chase, but the cats escape to the rooftops and glide off into the night, giving the stolen diamond to a mysterious horseman. The next day Dr. Watson rushes to 221B in Baker Street and informs his colleague Sherlock Holmes of the robbery. Holmes calls Jerry Mouse to bring him a copy of the Times. Jerry heads out to buy it, bumping into Tom Cat on the way, who has something for Holmes. 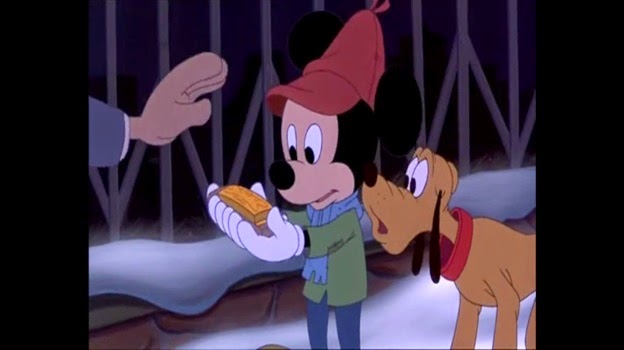 Mickeys Once Upon a Christmas

Huey, Dewey and Louie wake up one Christmas morning and open their presents, even though they are supposed to wait first for Aunt Daisy, Uncle Scrooge and Aunt Gertie to arrive. After the boys take their new sleds from their Uncle Donald (not reading the included gift card) they go sledding and have Christmas dinner. While Donald, Daisy, Uncle Scrooge and Aunt Gertie sing carols, the boys play with their new toys. Later, it is time for the boys to go to bed and having enjoyed the day immensely, the boys then wish that it would be Christmas every day. 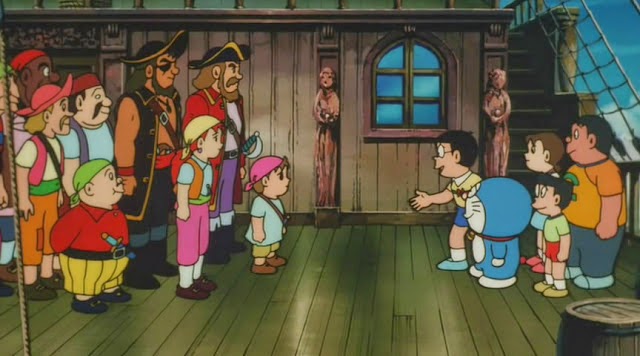 The film opens with a group of pirates who found treasures inside a cavern of an island, but all of them mysteriously disappear, save for a young boy who is stranded in the island. In the present day, Nobita and his friends are discussing school project themed around sea. Interested in pirate life and Treasury, Nobita asks Doraemon to help him find secret treasures. Doraemon at first denies the pirates roaming in the present day as well as the existence of secret treasures, but after learning news about recently discovered treasury, he helps Nobita in his sea voyage in search for the Secret treasure. 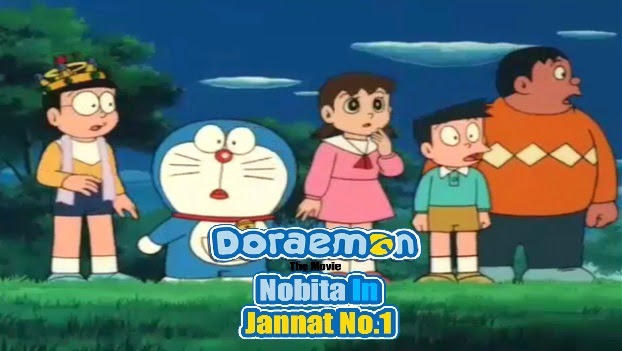 A boy, his father, and his grandfather are stranded in an island after their boat is crushed by a storm. The boy's grandfather sees a spaceship ordering him to leave as there will be a storm that will flood the island. That End , a storm does indeed come and floods the island. 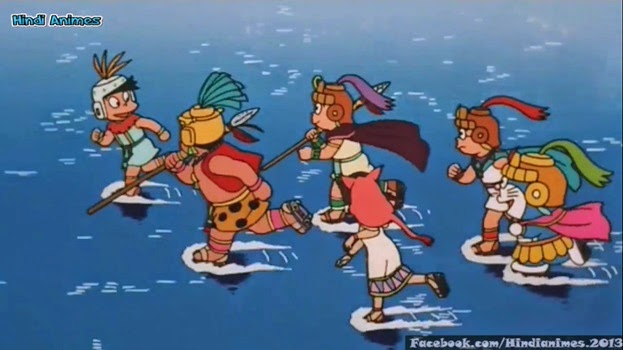 Accidentally making use of a tool called "Dimension Hole", Doraemon and Nobita go to the ancient kingdom of sun and meet the prince who looks exactly like Nobita. Nobita and the prince decides to swap their lives, while an adventure, which spans over this dimension, is about to begin. The movie is full of adventure, true friendship and love ( theo and kuku) 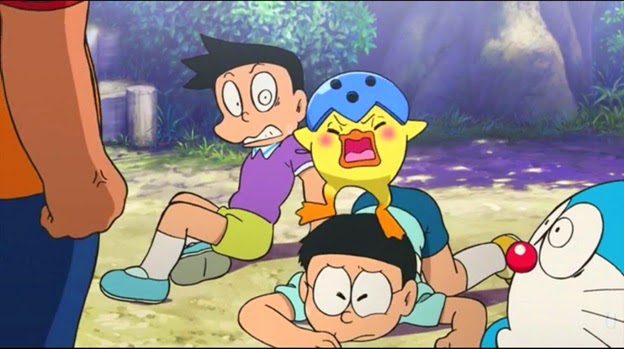 Nobita is in a bad mood after failing to get a large RC toy to upstage Suneo, who was showing off his own toy. Nobita's fit irritates Doraemon as he uses his Anywhere Door to get anyway from the summer heat cool off at the North Pole. Sometime later, Nobita follows and a discovers a strange bowling ball-like orb which starts blinking with a pulsating light, and summons what looks like a giant robot´s foot. After Nobita uses the foot to sled down, crashing into his room through the Anywhere Door, the bowling ball follows him home through the door and another robot piece falls into his backyard. A frozen Doraemon follows soon after, covered in ice before being thawed out and with a cold. Learning of the robot parts, Doraemon admits to Nobita that he has nothing to do with it as the two use the Opposite World Entrance Oil and the Roll-Up Fishing Hole to enter the World Inside the Mirror, an alternate mirror world without people. There, they built the robot which Nobita christens "Zanda Claus" as he believed the sphere summoning the parts is from Santa Claus. 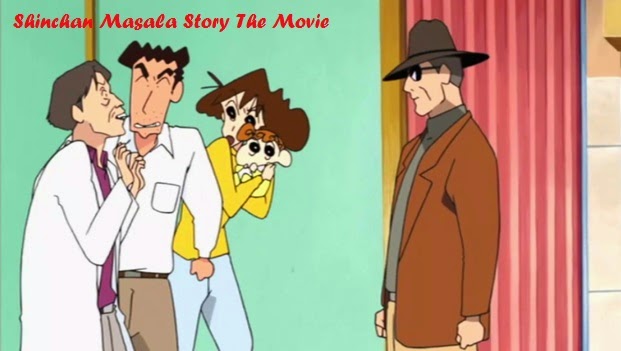 
Crayon Shin-chan: The Storm Called: Yakiniku Road of Honor (クレヨンしんちゃん 嵐を呼ぶ 栄光のヤキニクロード Kureyon Shin-chan: Arashi o Yobu: Eikō no Yakiniku Rōdo?) is a 2003 anime film. It is the 11th film based on the popular comedy manga and anime series Crayon Shin-chan. The film was released to theatres on April 19, 2003 in Japan. This movie was also released in India on Hungama Tv as Shin Chan Masala Story The Movie on 21st June 2014.
The film was produced by Shin-Ei Animation,the studio behind the TV anime. 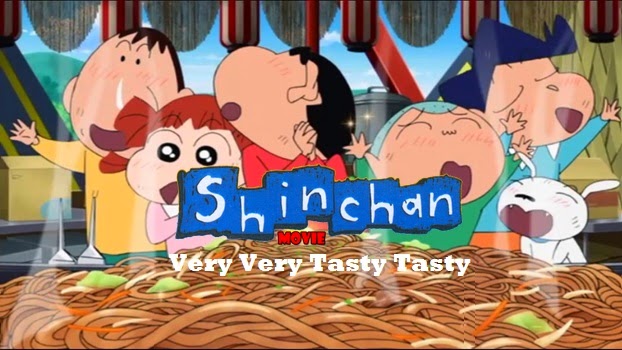 In the story, Shin-chan and the Kasukabe defence group members were supposed to go to the B-class Gourmet Carnival. But, just then, a mysterious person asked Shin-chan to deliver a sauce to the carnival. But, that sauce was the only legendary sauce which could save B-class gourmet, which would otherwise get eradicated if fallen into the evil hands, and only A-class gourmet would remain. Will the mischievous kindergartener Shin-chan and his friends really be able to deliver the sauce safely to the carnival and save the world's B-grade cuisine?[5] (NOTE: In relation to gourmet, the Japanese word "bakauma バカうまっ" is a slang term for "very tasty". It does not mean "stupid horse" in this context.)