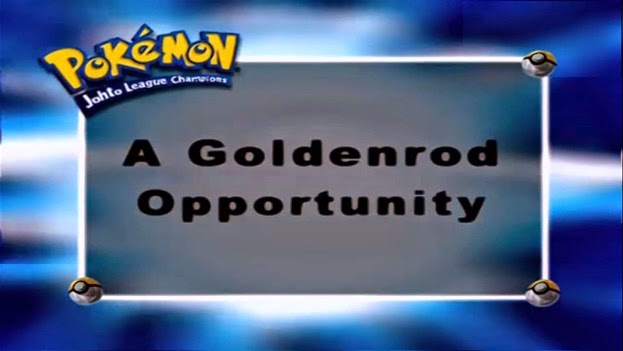 After a long journey, Ash Ketchum and his friends have finally reached Goldenrod City where Ash hopes to earn his next Gym Badge by defeating the local Gym Leader and processing one step further to achieving his dream of entering the Johto League. While exploring the city, they meet a friendly local, Whitney who gives them a tour of the city. After a series of misshaps, many of which are from Team Rocket, Whitney surprises them by revealing that she's the very gym leader Ash wants to challenge and accepts his offer of a gym battle. However after successfully beating Whitney's Nidorina, Ash gets too arrogant and simply dismisses the battle as being "too easy" while he's also convinced he's got his next Gym Badge in the bag. But he soon gets a very rude awakening when Whitney unleashes her secret weapon: Miltank, the Milk Cow Pokémon whose devastating Rollout is a force to reckoned with. Having already lost Cyndaquil and Totodile to Miltank's Rollout, Ash, in despair chooses Pikachu as his final Pokémon but despite their combined efforts and a strategy involving shocking Miltank while it's still wet from Totodile's Water Gun attack, Miltank's Rollout is just too strong and as a result, Pikachu soon faints, resulting in Whitney winning the battle. Ash is left stunned as this is his first official Gym loss since entering the Johto region. The episode ends with Brock and Misty agreeing that Whitney and Miltank are something of an unbeatable combination while Ash simply holds an injured Pikachu in his arms and silently wonders how he's going to stop Whitney's Miltank once and for all as his chances of entering the Johto Tournament hang in the balance in the aftermath of his loss while also knowing that he and his Pokémon have a lot of work to do if they're going to have any chance of defeating Whitney and her Miltank with the narrator remarking that Ash's battle has barely begun.