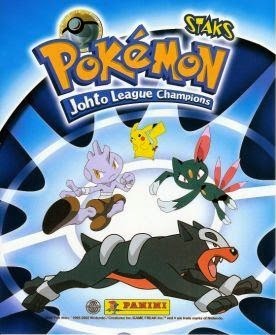 
The division between seasons of Pokémon is based on the English version openings of each episode, and may not reflect the actual production season. The English episode numbers are based on their first airing in the United States either in syndication, on the WB Television Network or on Cartoon Network. (Other English-speaking nations largely followed either this order or the Japanese order.) Subsequent airings of the English version follow the original Japanese order, except in the case of episodes which are no longer shown in English. In 2007, Pokémon: Johto League Champions started airing on Toonami Jetstream.
In the US, seven volumes were released on DVD and 61 VHS volumes for the series by Viz Video and Pioneer. Since Viz stopped relying on Pioneer (now Geneon) for distribution of the series, the DVDs and VHS tapes have been out-of-print. It is unknown if Viz Media, who currently holds the rights to the Pokémon DVD distribution, plans to re-release the season.
Country of origin : Japan
No. of episodes : 52
Original channel : TV Tokyo
Original run : August 3, 2000 – August 2, 2001