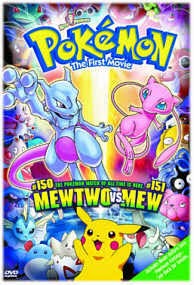 The Pokémon Mewtwo was created in an island laboratory from the DNA of Mew, a rare Pokémon believed to be extinct, recovered from fossilized remains. Displeased with the concept of being nothing more than a mere lab experiment, Mewtwo destroys the laboratory. Shortly afterward, he meets Giovanni, the head of Team Rocket, who proposes a partnership with the Pokémon in exchange of helping him control his powers. Mewtwo is "trained" over the next few months, being pitted against challengers in Giovanni's gym and restraining Pokémon for Team Rocket to capture. Mewtwo eventually realizes that Giovanni is merely using him as a tool and destroys his headquarters. After defeating Giovanni, Mewtwo flies back to the island where he was created and begins plotting revenge against humanity.
Meanwhile, Ash Ketchum and his friends Misty, Brock, Pikachu, and all their Pokémon companions receive an invitation to a party hosted by the world's "greatest Pokémon Master" on New Island. Ash and his friends are excited and rush to the docks in an attempt to catch a boat to New Island, but a storm is mysteriously formed and all boat rides to the island are canceled. Undeterred, several trainers make their way out to the island by riding their Pokémon, though neither Ash nor his friends have any Pokémon of their own that can help them safely navigate the stormy sea. In their latest plot to steal rare Pokémon, Team Rocket offers the trio a lift to the island, disguised as a pair of Vikings, but their small wooden boat is destroyed by a wave. Ash and his friends manage to reach the island with their aquatic Pokémon, and are escorted inside the palace on the island.
Mewtwo reveals himself to Ash, his friends, and three other trainers who braved the storm battle as the "World's Greatest Pokémon Master," and that he had created the storm with its powers to test the trainers' wills. After being berated by Mewtwo for the relationships they share with their Pokémon, Ash and some of the other trainers challenge Mewtwo after witnessing Mewtwo's confession of having kidnapped Nurse Joy for his own personal purposes. The trainers pit their Pokémon against clones of Venusaur, Blastoise, and Charizard. The clones easily defeat the Trainers' Pokémon. Mewtwo proceeds to steal all the Pokémon present, including Ash's Pikachu, with a special set of Poké Balls. Ash pursues his Pokémon as they are taken deep into a cloning facility on the island and rescues them while they are being cloned. The clones join with Mewtwo and the cloning machine explodes, releasing all the captured Pokémon. Mewtwo announces his intentions to overthrow humanity with his army of Pokémon.
Enraged, Ash lashes out at Mewtwo, who repels and blasts him away with his psychic powers. Ash is saved by Mew, the rare, playful Pokémon having appeared periodically before, who is engaged by Mewtwo. A brutal battle between the Trainers' Pokémon and their clones erupts, although Pikachu refuses to fight with his own clone resorting to slapping it (Meowth's clone also seems to refuse to fight, causing the original to ponder on what the two sides have in common).
The trainers are unable to bear this senseless violence, even while Mew and Mewtwo grow tired but continue fighting. In an attempt to put an end to the ordeal, Mew and Mewtwo sum up all their remaining powers for one final duel. However, just as they open fire, Ash runs to the center of the arena in a brave, desperate attempt to stop the fight. Both Mew and Mewtwo's attacks hit Ash at the same time, turning him to stone after he collapses onto the floor.
Pikachu runs to Ash's side and tries to wake him up. He uses Thunderbolt on Ash, while the other Pokémon, Brock, Misty, and Nurse Joy look on. After several vain attempts to revive Ash using Thunderbolt, Pikachu grows tired and stops. Realizing Ash is dead, Pikachu starts crying for his fallen friend and the other Pokémon do so as well. Their tears all gather together and eventually reach Ash, their mystical healing powers bringing him back to life. Overjoyed, Pikachu leaps into Ash's arms as the two embrace, happy to be reunited once again and everyone rejoices.
Mewtwo, taken aback by Ash's selfless act to save all the Pokémon, has an epiphany over the relationship between humans and Pokémon, and realizes that the past is in the past and should not divide anyone. He leaves the island with Mew and the cloned Pokémon and erases everyone else's memory of the terrible event since it is for the best.
Ash and his friends are transported back to the docks with no idea how they got there. Ash looks up to the sky, spots Mew flying past, and recounts to his friends how he saw a rare Pokémon on the first day of his travels. 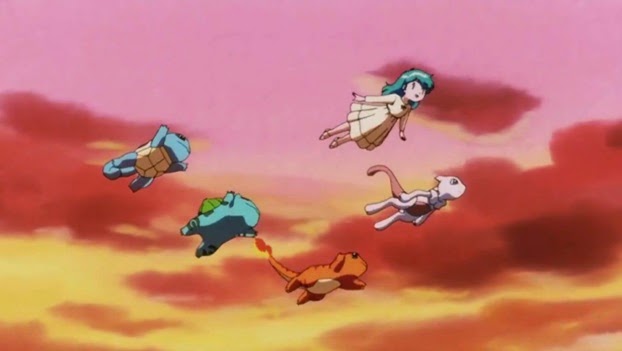 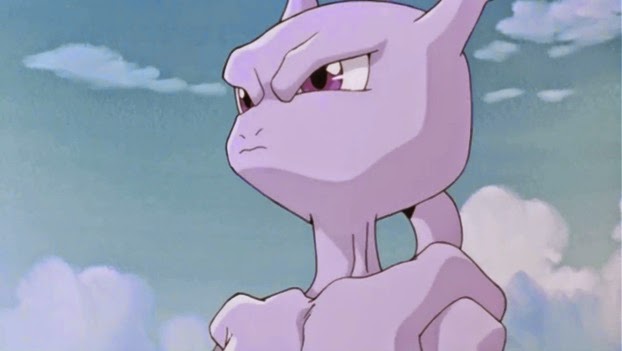 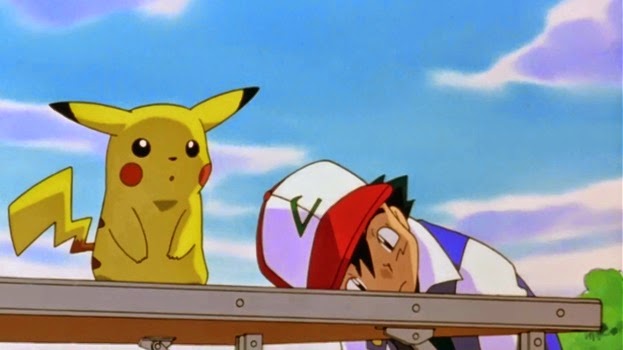 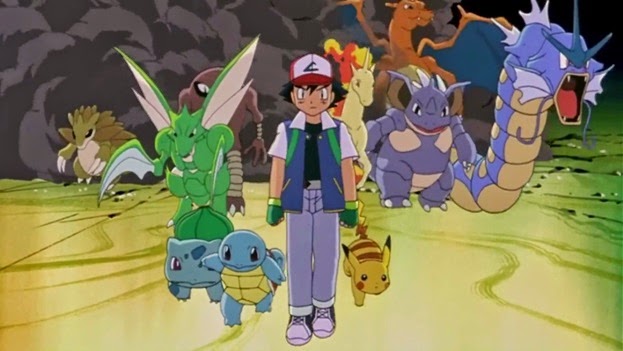