Pokemon Advanced Episode 14 - All in a Day's Wurmple 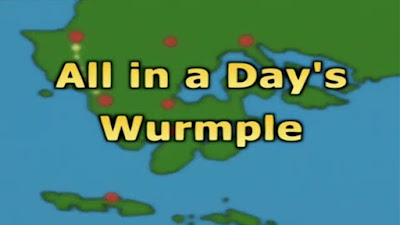 As the gang continues to make their way towards Rustboro City, May spots a Wurmple that she's dying to catch – but she's not the only one with her eye on the cute little bug Pokémon. Jessie wants it, too. May ventures off on her own to catch her Wurmple, but Team Rocket follows and gives her trouble. Luckily, she gets some help from a trainer named Franklin. Meanwhile, Ash and Pikachu are practicing Pikachu's Iron Tail attack. A trainer named Franklin sees them practicing and challenges them to a battle. Franklin teaches Ash about double battles, which are common in the Hoenn region. With help from her new friend Franklin, May catches the Wurmple she wanted. When she and Franklin go to meet up with the gang, everyone is really surprised. The Franklins are actually identical twins – Forrest and Forrester Franklin! All is not lost for Team Rocket, however. Jessie manages to snag a Wurmple of her own after Team Rocket blasts off at the end of the episode. 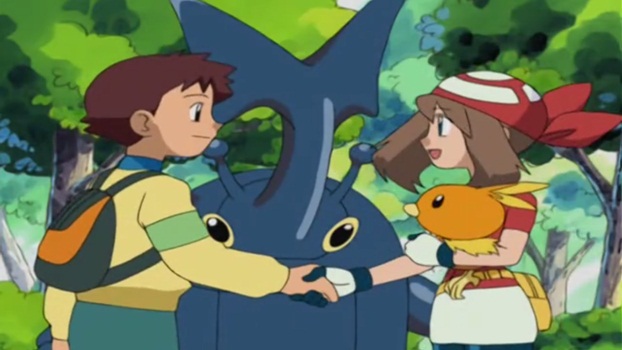 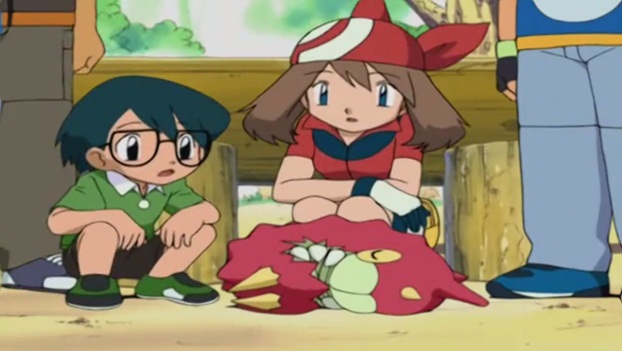