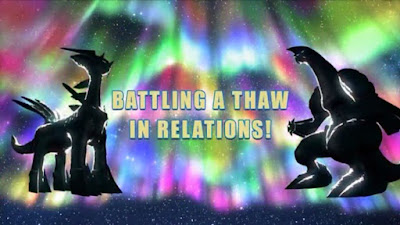 Episode 31 - Battling A Thaw In Relations!

Gliscor manages to strike down with X-Scissor, but Drapion hits Gliscor with Pin Missile multiple times. Then, Gliscor dodges Cross Poison and burns Drapion with Fire Fang, finally defeating Drapion and leaving Paul with Electivire. Electivire uses Thunder on the ground and chunks of earth hit Gliscor, defeating him. Then, due to Electivire's immunity to Electric-type attacks, Pikachu falls in battle and is replaced by Infernape. Infernape and Electivire are at powerful clashes of ThunderPunch with Mach Punch, and Flamethrower and Thunder. Then, when Electivire grabs Infernape's arm, he inflicted a powerful Thunder attack, but is at a disadvantage when Blaze is activated. Electivire charges with a powerful ThunderPunch at Infernape, but more powerful, Infernape charges with Blaze at Electivire. Both Pokémon charge at each other and with a powerful crash, cause a big explosion and Electivire ultimately falls to Infernape due to the impact. Ash wins over Paul, and moves ahead, onto the semi-finals and enters in the Top 4 champions of the Sinnoh League. Paul tells Ash that he is going to see Pyramid King Brandon and ask for a rematch, and they both agree to eventually battle again one day, with the hatred between them turning to friendship. Champion Cynthia says that, both Ash and Paul will be champions (like her) someday, and that she awaits that day. Ash's next opponent is revealed to be Tobias (the trainer with Darkrai). Will Ash manage to reach the finals? 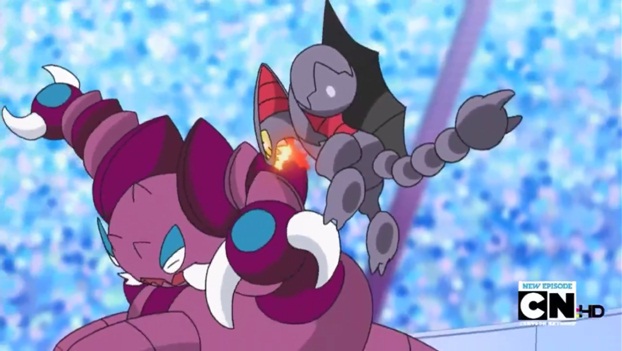 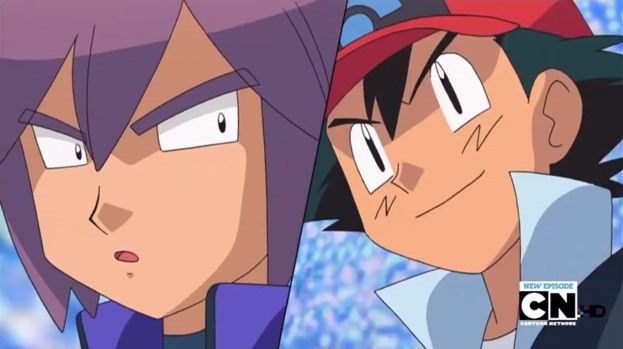