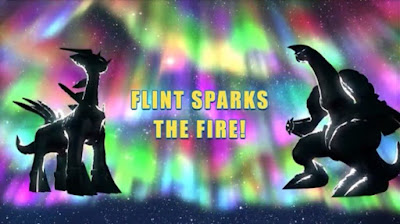 Ash and his friends have finally arrived in Sunyshore City where Ash is more eager than ever to battle for the final badge he needs to qualify for the Sinnoh League. The group immediately heads to the Gym, but are greeted by an unbelievable sight; a huge pile of badges is placed in front of the Gym so anyone can get one without battling. Ash, who believes that winning them with effort is what makes badges significant, is furious. He persistently tries to enter the Gym, but the high-tech Gym has a prepared machine which manages to capture him. Just then, a spark of light flashes and an Infernape appears, saving Ash from his troubling situation. It emerges that Infernape's trainer is none other than Flint, a member of the Elite Four who specializes in Fire-type Pokémon. Ash and co. soon discover that Volkner, Sunyshore's Gym Leader, is no longer interested in battling. Flint and Ash decide to battle each other to lift his spirits. Ash loses against Flint's Infernape, but is successful in motivating Volkner. 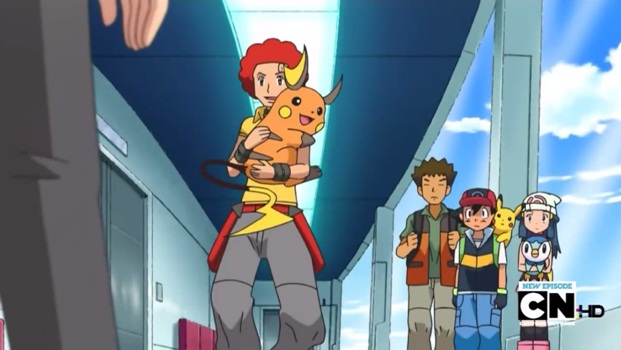 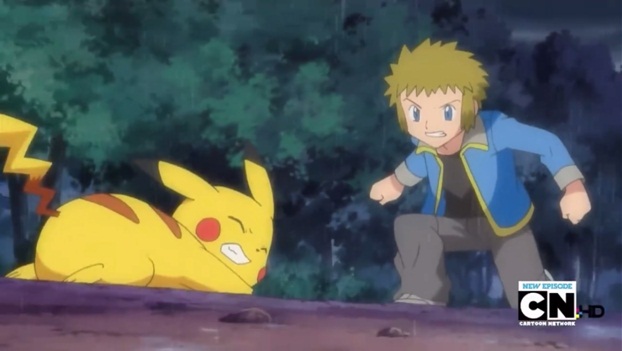