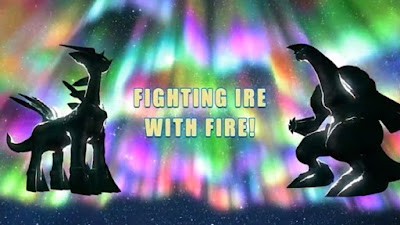 With the contest over, Ash and friends head over to Sunyshore City. However, Ash's two rivals, Paul and Barry show up. During their meet, they understand through TV that there are only seven ribbons left (Also meaning that Jessie and Ursula needs to hurry to earn their respective remaining two and one ribbons to get qualified for the Sinnoh Grand Festival). Later Barry asks Paul for a battle in which he refuses. Instead, he and Ash have a battle, with Empoleon vs. Monferno. Monferno was struck by a Hydro Cannon which cause a rampage because its special ability Blaze, was activated, but when Team Rocket snatch Pikachu, Piplup, and Barry's Empoleon. Monferno finally controls his rampage at the last minute and evolves into Infernape. 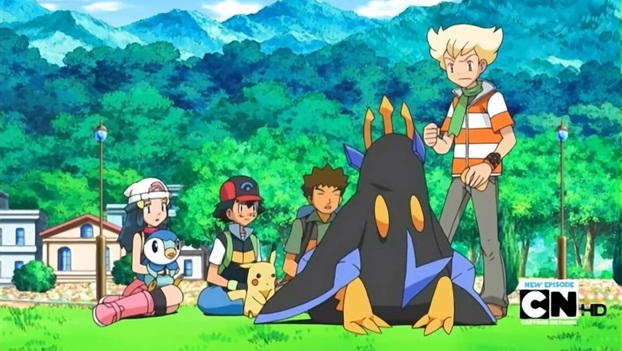