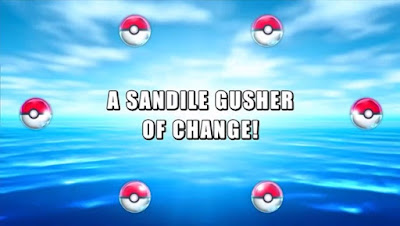 Episode 03 - A Sandile Gusher of Change

While on their way to the first Gym, Ash and Iris realize that they are being followed by the Oshawott from Professor Juniper's lab. They find out it wants to be captured by Ash when he called it very cute. Juniper sends Ash Oshawott's Poké Ball, but Oshawott disappears before he can be recaptured. They soon come across a boy named Dan, whose father owns a resort with a sand spa that has been disrupted by a group of Sandile, led by one wearing sunglasses. After coming across Oshawott and Team Rocket again, Ash, Iris, and Dan discover that the Sandile were trying to get help for a group of Pidove, Deerling, and Patrat from a hot spring on the verge of flooding. When it floods and traps the other Pokémon on a small island, the Sandile form a bridge to save them, but Ash is trapped on the island when their grip fails. Oshawott manages to save them with a Water Gun, and Ash uses the opportunity to recapture Oshawott. With everyone saved and the sand spa turned into a hot spring, Ash and Iris relax as the sunglasses-wearing Sandile watches on. 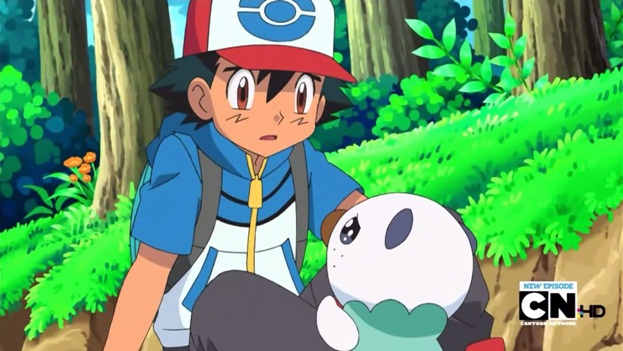 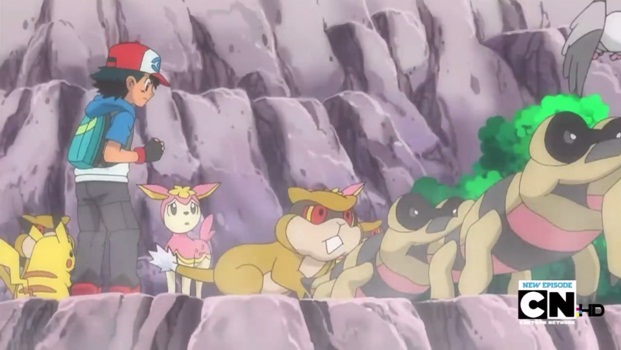