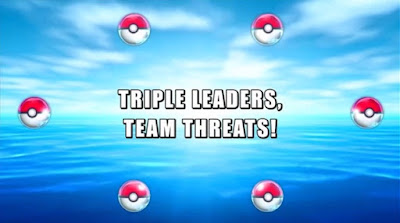 Ash and Iris finally reach Striaton City, where they meet Pokémon Connoisseur Cilan at the market. He sees that Pikachu and Ash are very compatible and he invites Ash and Iris to the Striaton Gym, only for Ash to be surprised that it is a restaurant instead. Chili and Cress introduce themselves, as well, and put on a show in the restaurant until Ash becomes angry that he was tricked. However, the three brothers reveal themselves as the Striaton Gym Leaders, showing him the Gym's battlefield. To their surprise, Ash decides to fight all three Gym Leaders for the Trio Badge. Tepig fights Chili's Pansear and wins. Pikachu goes up against Cress's Panpour, but loses. In the final match, Oshawott is sent in against Cilan's Pansage. Oshawott is able to hold his ground against the Grass Pokémon, until Cilan calls out for Pansage to use a Solarbeam. 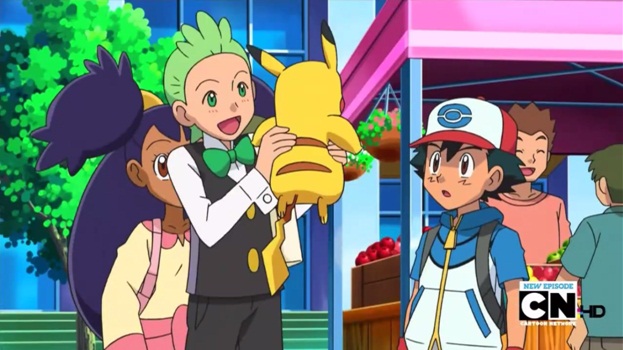 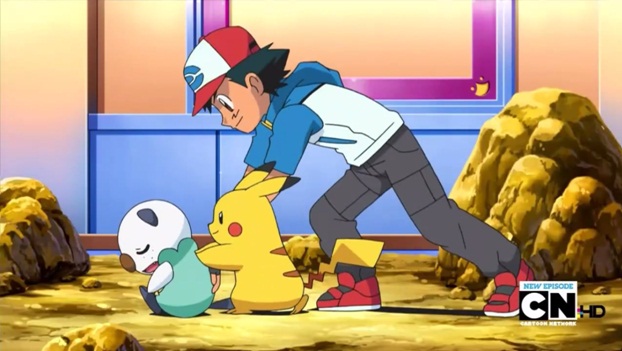